Not Every Deal is a Property Worth Having

Over the last 18 years of analysing hundreds and hundreds of properties, I’ve worked out what works and what doesn’t.

From that, when I founded my League of Extraordinary Investors, I created the Tenets.

The Tenets (or Principles or Beliefs) are based on the way in which an Extraordinary Investor approaches the property market.

Each tenet is equally important but this one is a particularly thorny one to get right, especially for new investors.

I’ve lost count of the number of deals I’ve turned down because of this tenet but it dwarves the deals I ended up going ahead with.

The tenet is dictated to as thus...

Not Every Deal is a Property Worth Having

What does this mean?

They will jump onto property portals daily, network with possible sourcing agents, walk the streets (if local), scour the emails and forums and be addicted to waiting for the phone to beep or ring for any hint of a deal that they think would be a good deal.

But often deals do not turn up straight away.

It takes dedication, commitment and a willingness to forego the attachment to a deal and instead turn it into a purely business decision.

And the days turns into weeks and the weeks into months and the new investor is no further along than they thought they would be.

Now there are often several reasons why this happens but we’ll discuss that another time in another article relating to the Immutable Laws of Investing.

For now though the critical thing to remember is this:

Desperation breeds a certain kind of reckless abandonment and folly which then leads to making rash decisions which then come to bite you in the derriere later on.

I speak from experience, so to make the point here’s a wee story that will turn the hairs on your chest white...

15 years ago in a darkened room somewhere in the shires...

You need a new deal. The itch needs to be satisfied.

It’s been too long since you last experienced that exultation of a cracking deal completed and a bottle of champers uncorked.

You’re looking and looking but you can’t quite find what you are looking for.

There are deals popping up here and there but they are not quite right or with enough discount or enough potential value-add.

Is your area dry? Have all the deals gone? Are you pushing too hard?

Whatever it may be, you are stuck.

Then a nice young smiley man appears and tells you about an amazing deal on 2-bed duplex apartments in an up-and-coming area of Yorkshire.

This deal is stupendous, there’s no money down, there’s a massive humungous discount, a large cash-back and the rental demand is rather fabulous.

Oh and you’ll make a tidy packet every month on the rental cashflow.

Fast forward 12 months later and you’re in bed with not one but two of these deals and you rapidly find out the bitter twisted truth.

Because it illustrates the point perfectly.

On the face of it, getting hold of a 25% discount on a property sounds like a steal.

But sometimes, things are too good to be true and sometimes you want to walk away.

Not every deal is a property you want to add into your portfolio.

So don’t rush into a deal.

A deal will come up every day or every week or every month depending on your area.

But you have to buy your deals in line with the other tenets which I will cover in a future article (some of which I did not follow either).

And this is the reason for my sharing my stories for you to consider, reflect and maybe avoid the same mistakes I made.

So the next time you are wanting to satisfy your itch for a deal; remember to ask yourself the question.

Does this deal take me nearer or farther away from the goals I set myself when I started my investment portfolio?

As for me, the swish new apartments I bought proved to be my first and only foray into apartments and within a matter of years, I sold both of them at a huge loss and vowed never to buy like this again.

In fact, I’m probably still paying for them in terms of lost time, income, energy and focus...

Not every deal is a property worth buying... 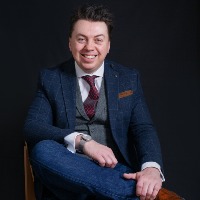